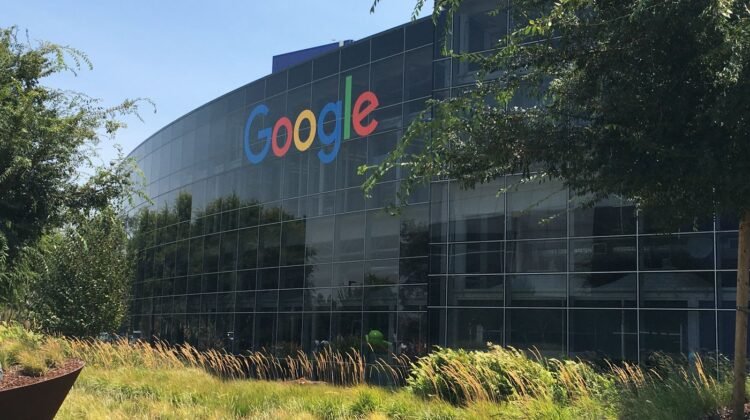 One of the first Big Techs to adopt home office for its entire workforce at the beginning of the COVID-19 pandemic, Google is already starting to make the reverse move. The company plans to reopen its offices in September and start calling its employees back. However, the move is being met with resistance from some of them. And some are even more radical and intend not to return at all.

The call back to the office has frustrated employees of the search giant. In conversation with the Business Insider website, at least half a dozen of them spoke or said they knew colleagues who made permanent moves during the pandemic. “Many of my colleagues moved with no real intention of coming back,” said one such employee. “Especially in the 30/40 age group.” This same employee said he handed in his resignation letter after his request to work at a location outside the Bay Area (the San Francisco area where Google’s headquarters are located) was rejected by his manager.

Another Google employee heard by Business Insider said that at least two vice presidents in his division moved cities permanently during the pandemic and hoped that they would not have to return to the office.

That same frustration at having to return to the office has also invaded social media. Last week, Chris Broadfoot, a programmer in the Google Cloud unit, stated on his Twitter profile that several of his colleagues would resign if they are forced to return to the office in September.” Several other employees joined the discussion to sign off on the message, some saying they may look for another job if Google forces them back into the office.

Spoken to quite a few colleagues at Google that say they’ll quit if forced to go back to the office in September.

Many have moved to more remote areas, settled down, built or building new houses…

Will execs take the gamble? Will return-to-work policy be applied evenly?🤔

Contents Hide
Neither there nor here
Google employees want to go back. But not by much
Other companies are watching

Neither there nor here

Unlike companies like Twitter and Microsoft, which have already announced that their employees will permanently work from home permanently, Google has never stated that it would adopt 100% remote work for its employees. In fact, the company is trying to adopt a more flexible regime. In December last year, it announced that it would test a new flexible model where its employees must work in the office three days a week.

However, after this announcement, Google did not provide any further details about this hybrid model, which led to pressure from employees for more information about how this new arrangement would work. Even though the company has never given the option of 100% remote work, many employees have moved out of the Bay Area anyway, in the (risky) bet that Google will give in to pressure and allow them to work from home permanently, following the example of other Big Techs.

“There are employees leaving because they don’t want to wait until September. They want to get on with their lives,” said a Google employee heard by Business Insider. A company spokesperson said it would be testing a number of remote work models but said nothing has changed in the policy in place today.

Last year, Facebook also announced that it would allow its employees to ask their managers for permission to work remotely full-time.

Google employees want to go back. But not by much

In recent months, Sundar Pichai, CEO of Alphabet (Google’s parent holding company), has hinted that the company is considering a flexible model when employees return to the offices. Since then, questions about remote work have continually been put to the leadership. They want to know how hybrid this new model will be.

At a general meeting held last October, Pichai assessed that most Googlers’ jobs are still tied to office presence. However, the executive said that the company planned to expand the number of “central” offices to give employees more flexibility.

“And beyond that, we’re also thinking: what does hybrid-flexible work mean in that context?” he analyzed.

Employees have since pressed leadership to explain how flexible Google is willing to be and whether the three-day office rule will be applied uniformly across the company. However, they claim that they are not getting any answers. One of them even stated:

“Since there is no clear guidance and more dynamic communication, we are all kind of guessing what to do.”

There are also collaborators that defend the face-to-face return to the company’s headquarters, citing the development of the projects. He pointed out that splitting teams between the office and remote work can create an awkward dynamic. In addition, Google also continued to invest in physical workspaces during the pandemic, expanding its headquarters in Mountain View, California, with plans for a new campus in San Jose.

During the company’s earnings conference call for the first quarter of this year, Ruth Porat, Alphabet’s CFO, said it plans to spend $7 billion on offices and data centers by 2021. “We value bringing people together in the office,” she told an analyst during the presentation. “And we’re looking at a hybrid work-at-home/work-in-office model.”

The problem is that the answers are taking their time, in the view of employees. Meanwhile, some of them have taken a chance and moved cities, while others don’t see the need to go to the office even three days a week. One of them is Justin Beckworth, Engineering Manager at Google, who tweeted that he “has no intention of coming back to Seattle every day so that he can run from one tiny room to the next to make video calls. He further stated that he is currently managing people in 8 cities spread across 5 time zones. “What possible reason do I have to be in an office?” he questioned.

I have no intentions of going back to Seattle every day so I can scurry from tiny room to tiny room on GVC calls. Right now I’m managing people in 8 cities spread across 5 time zones. What possible reason do I have to be in an office?

Other companies are watching

The risk for Google in forcing its employees back to the office is to lose some of its talents to competitors. And this is especially risky in areas like Technology, where labor is not necessarily plentiful.

Three Google employees told Business Insider that they have noticed an increase in messages from recruiters at other companies emphasizing their remote work policies.

“I think they will have a talent drain if they force everyone to come back in September,” one of them said.

“If I don’t have a way to work remotely at Google by next spring, I’ll look for other options that are totally remote,” said another who was looking forward to moving with his family.

So far, Google is allowing employees to voluntarily return to offices that have already been reopened. First, however, they must first pass a health survey and agree to follow the new guidelines in this area. For those who still don’t want to return, it’s a waiting game.

“Two large factions of the workforce are being created,” said one official. “There are people lining up outside the office to return, and others are on the [work] remote side. And there is internal contention from leadership for not committing to a plan and following it. People don’t know what it will look like in September.”